The history of dry composting toilets 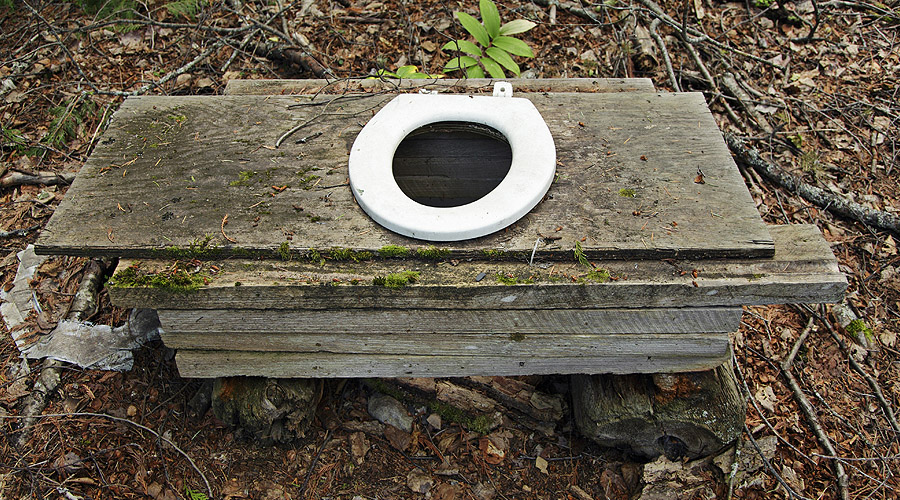 No flush toilets have a long history. Dry toilets were used in antiquity. But unpleasant odours were a big problem at the time because urine and excrement were collected together.

In fortresses and castles, the business was done via an Abort Eeker. In simple houses, in those of the peasants, there was often a dump toilet in the upper floor which added the faeces directly to the dung heap.

In May 1860, the English pastor Henry Moule filed for a patent for a dry toilet and founded Moule Patent Earth Closet Co. Ltd., which took over the distribution and manufacturing. Even today, dry toilets are well established in the UK, they are still used in many places.

Until the beginning of the 20th century, many German cities had separation toilets without flushing. In some Hamburg restaurants, for example, the urine trickled over a mud wall. The locations were on the upper floor of the house; if a guest had to pee, the liquid was passed over vessels to the mud wall, which stood in the backyard. The retracted urine evaporated and contained crystallized saltpetre. This was not without benefit. A so-called saltpetrer scratched the crystals off the walls and sold them to munitions or fertilizer factories. When Chilesalpeter was discovered, this profession died. The mud walls disappeared from the cities and were replaced by water closets.

Disposal of faeces has challenged humanity from the beginning, especially in cities. Many houses directed their secretions directly into rivers or ditches. Where this was not possible, sinkers and coolers were used in the middle of the 18th century. Here, the dirty or faecal water was passed into supposedly waterproof cesspools that were made of wood or masonry. However, these cesspools were not as watertight as everyone thought and they were only rarely emptied. As a result, there was groundwater contamination and the spread of epidemics.

The evolution of the toilet

Then the cesspools were more conveniently bricked or cemented and regularly emptied - first by hand, with buckets and carts. To not disturb the inhabitants too much, this work was usually done at night. Later, the emptying of the pits was done by suction and pressure pumps. The containers were emptied outside of the cities and then - mixed with coal ash, kitchen waste, rubbish or soil - processed into compost or used to fertilize the fields.

Based on the remains of this method of disposal, archaeologists can draw conclusions about life at that time. Many everyday things landed in the cesspits and were then brought to the fields. Even today coins, buttons, jewellery, figures, shards, cutlery, stamps and many other artefacts are found again and again. In archaeological circles, the fields with a high number of objects are also affectionately called "butt fields".

In the middle of the 19th century, people wanted to finally master the evil odours. The excrements were now already in pits supplied with various substances that absorbed the urine and the fresh faeces and removed the water that drives the decay process. The ammonia formed during storage was bound and composting accelerated. Peat litter was used as an additive, but also humus poor soil, ashes, sawdust and so on. This is how the first earth and compost toilets were created.

If you want to know more about the topic, check out our Kild-Wiki.