Today were chatting to the charming Catherine and her husband Chris from the UK. Mind you, on their website where they write about their travels and how they turned a 7.5-tonne truck into Florry the Lorry (www.florrythelorry.com), they affectionately refer to themselves as Mr and Mrs Florry. With the daily grind getting on top of them, last years they made a dream come true and spent several weeks touring the continent in their converted DAF LF45. They even visited Germany, but well come back to that later.

Florry cost Chris and Cat £15,000. They spent another £10,000 and nearly two years rebuilding her. That might sound quite expensive, but dont forget that a 7.5-tonne lorry is a large vehicle with plenty of room.

As Chris and Cat turned their lorry into a complete, fully functional mobile home, they really thought about every single detail. Florry has an excellently equipped kitchen, a small bathroom, and an absolutely charming interior which is ever so inviting even when the weathers horrible. They made it still cosier by building their furniture out of old wine boxes instead of normal wood. The overall impression is rounded off by houseplants as well as colourful rag rugs and blankets. 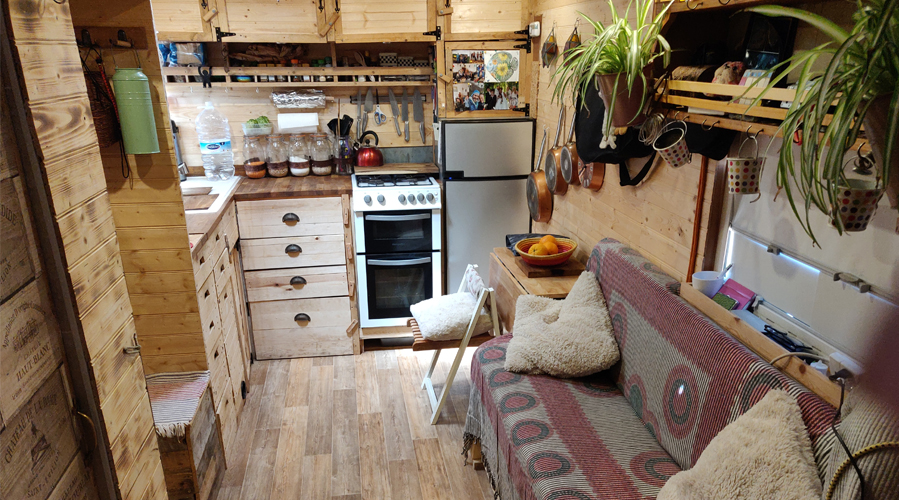 But lets go back a few years. Chris and Cat used to live in a luxurious house in London, and they both had steady jobs: Chris worked in IT and Cat was a sign language teacher. All fairly typical, you might think. Catherine tells us that they worked every hour God sent just to repay the mortgage on the house. This put enormous strain on them and made them both very dejected.

Chris and Cat have two hobbies that they share: travelling and scuba diving. Through the latter, they met a diving instructor who also lived full-time in a converted lorry. They were fascinated by her minimalist lifestyle.

We ask whether they had dived into their adventure without a second thought or had had to ponder over any misgivings beforehand. Of course, we had several reservations, is Mrs Florrys honest reply. But we both knew wed regret it for the rest of our lives if we didnt at least try. How did their friends react when they learned of Chris and Cats project? Our mates gave us their full backing right from the word go, says Cat. I think the only ones who thought we were a bit mad were my two grown-up daughters!

Bearing in mind that £25,000 is hardly a trifle, we wonder how they managed to cover the costs. Cat explains that they had had to take out a loan for Florry and that theyre still paying it off. When we ask what happened to their house in London, Catherine explains that theyve let it out. We got rid of a lot of our furniture and household items by selling them or donating them to good causes. We only kept what we needed to furnish Florry. And we use the income from the rent to pay back the loan. Accordingly, the travellers actually live inside their cosy lorry all year round. In order to finance their travels and to pay the bills, Mr Florry spends a few months every year working in his profession. By contrast, Mrs Florry makes delightful trays and other utensils out of wood and sells them to top up their travel budget.

Both the Florrys love the fact that theyve downsized  and theyre happiest when theyre in the great outdoors. But when theyre not travelling because the piggy bank needs fattening (again!), they spend their time in the UK visiting friends and family.

Curious as we are, now that Mr and Mrs Florry have downsized their home to such a small space, we wonder whether they miss anything about their previous lifestyle. Once again, Catherine answers very candidly: A hot bath has become quite a luxury! [Ed.: We totally get that!] But I can always take a nice long bath at a friends house. 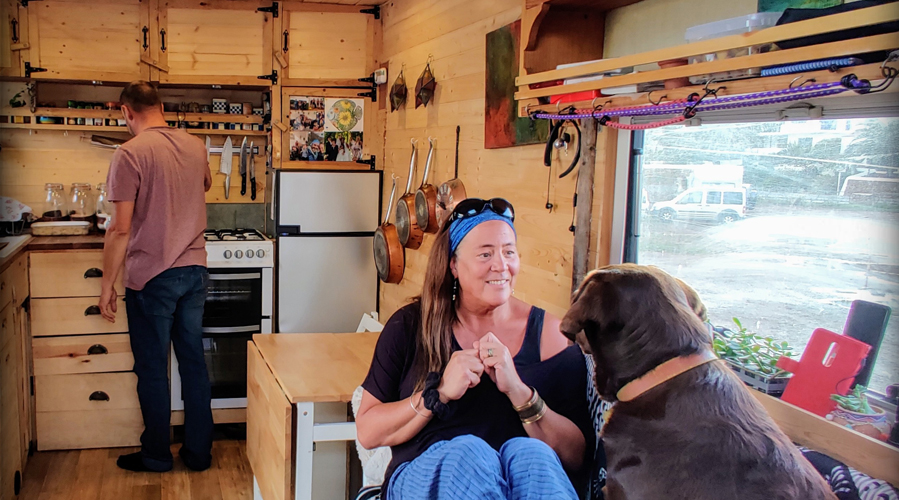 By the way, Catherine and Chris dont travel alone. Their faithful companion is a chocolate-brown Labrador with the sweet-sounding name Rolo. Now two years old, he joined them at the tender age of eight weeks when they were still building their home on wheels. Theyd been persuaded to get a dog by their various children (five in total). Because Rolo joined the family when they were still busy converting their lorry, he adapted to all the hullabaloo straightaway  and now hes so unperturbed by the situation that not even the sound of power tools can disturb his beauty sleep! But he really wakes up when theres a chance to explore new terrain. And as soon as theres a lake nearby, hes unstoppable and will spend (at least) half the day splashing about in the water!

As already mentioned, the travel-loving Brits visited the European mainland for several months last year on a tour which also took in Germany. Chris and Cat have friends in the tranquil town of Speyer and are big fans of the Romantic Road with its picturesque castles and chateaux on the Rhine. We enquire about the differences between the UK and Germany. Its not easy driving a big motorhome in Britain, says Cat. Germany has loads of great, inexpensive campsites for large vehicles. As a result, we had a wonderful time travelling there. And Chris loves German food! she adds. Hes a real carnivore! Catherines quite happy to live without meat and for her, German cuisine took some getting used to. 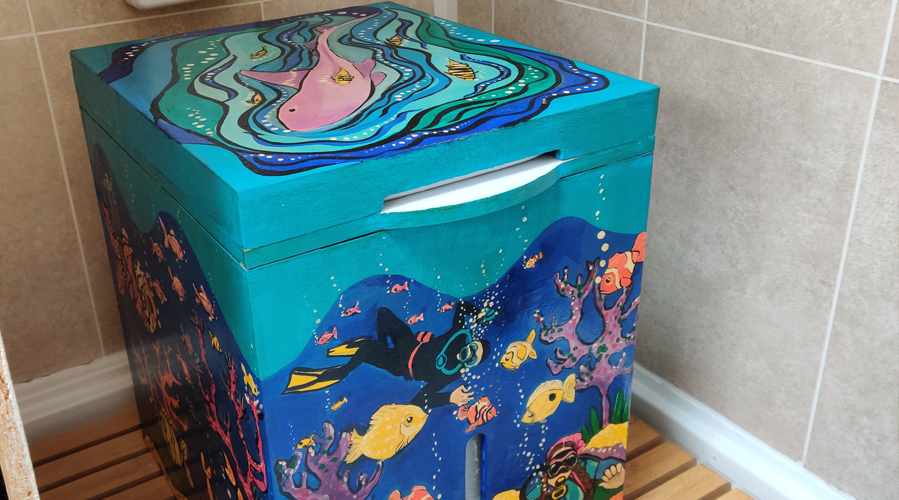 Cat and Chris have been proud owners of a Kildwick MiniLoo for a few weeks now. Of course, were dying to be told how come. Back in May 2019, they did some research into composting toilets, which is how they came across the English firm Kildwick. Like us, they were sad to learn that the company was being wound up, and so with a heavy heart installed a small portable chemical loo in Florrys bathroom.

But they soon realized during their European tour that chemical toilets werent for them! Instead, they initially built their own diverting toilet with half a diversion pan made in the UK. But Cat discovered that this type didnt work satisfactorily and so they started looking again. It was then that they found out that Kildwick had been brought back to life in Germany and immediately fell in love with our MiniLoo. At the moment, theyre painstakingly decorating our smallest camping toilet with a colourful underwater scene  and we cant wait to see the final results! (Artist: Nicola Bedenham)

Chris and Cat are now trying to find out whether theres a suitable compost box available which could also enhance their lorry. Weve not seen anything like this before and are keen to hear what they come up with.

In the UK, Mr and Mrs Florry are minor celebrities whove already appeared in several newspapers and magazines. Thanks to this media coverage, theyll be guests of honour at the Off-Grid Survival Show on 5 and 6 September 2020. (Theyd also agreed to appear at the Adventure Overland Show in April and Camp Quirky in May, but both shows have been postponed or cancelled due to coronavirus.) If you happen to be nearby, make sure you pay Cat, Chris, Rolo and of course Florry a visit!

By the way, wed really like to know how Florry got her name. We were sitting around with our friends one day wondering what to call our motorhome, but nothing seemed quite right, explains Catherine. In the end it was my husband who gave her the illustrious name Florry because it rhymes so neatly with lorry.

Where else do the Florrys dream of travelling? The answer comes quick as a shot: Canada! That would mean transporting their lorry by ship, which would be quite expensive. But they refuse to give up on their dream  it might just take a while to save up.

Who knows? Perhaps theyll discover some long lost treasure the next time theyre out scuba-diving? Or maybe Rolo will discover a treasure map by chance while digging a hole so that this extraordinary team can make their dream come true? Well keep our fingers crossed for them!

By the way, if you like Florry the Lorry, dont forget to give them a thumbs-up on Facebook and/or Instagram. You can find a complete roomtour here. 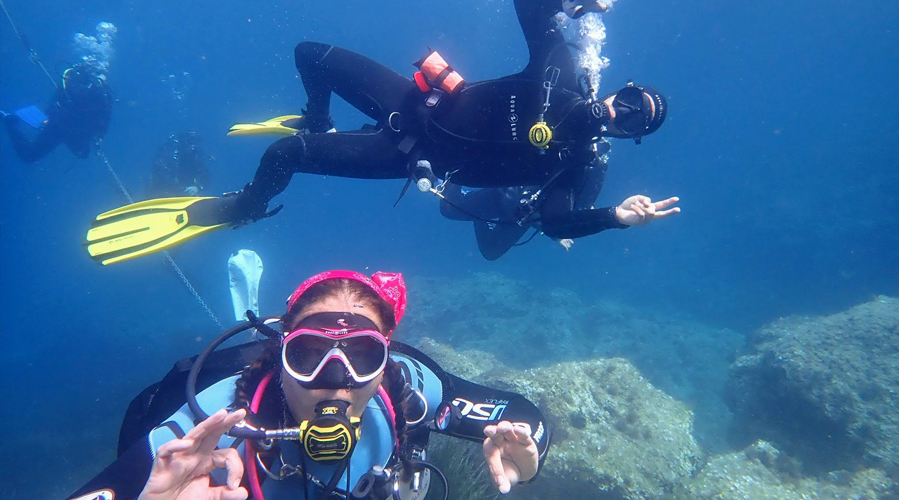 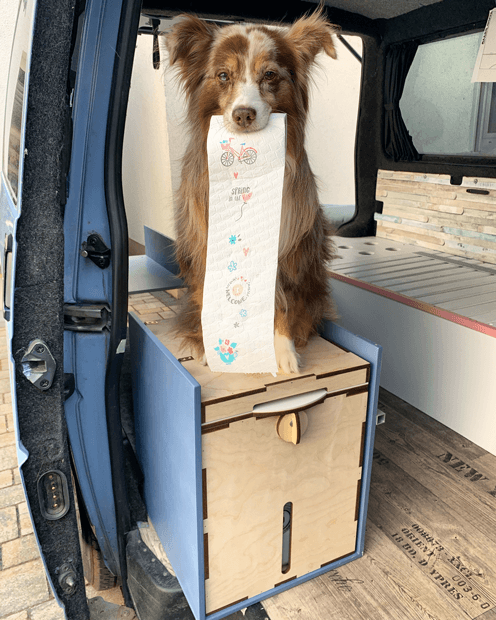