Toilet  the Evolution. Now in loos near you 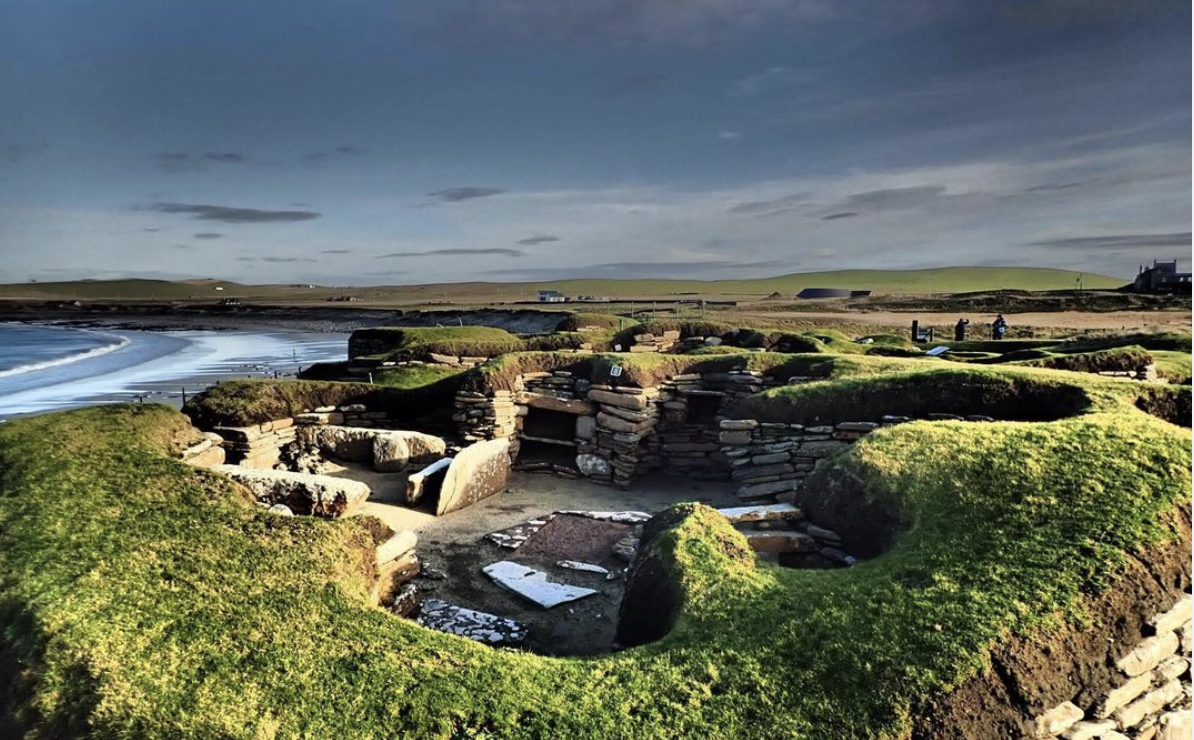 Toilet  the Evolution. Now in loos near you

November 19 is World Toilet Day. On this occasion, lets take a look at the history of the modern toilet and how it plays into the challenges of sustainable sanitation and climate change today.

Going to the loo is as much part of being human as is breathing, or eating, or drinking. But other than those, getting rid of bodily waste is really a taboo subject. Fine, but hows that a problem, you may ask. The problem is: this silence can cost you your health  and our planet. Today, lets talk about the latter.

Here at KILDWICK we don't want to be part of yet another SNAFU scenario and wed love to invite you to join the discussion. Yes, it is a personal topic, intimate even, but its the sum of the personal topics that makes for a global impact. How so?

November 19 marks the celebration of the World Toilet Day. Its obvisouly less about actually celebrating it, much more about raising awareness of the social, health and environmental impacts associated with sanitation.

There are 3 topics to be aware of: climate change, health issues related to poor sanitation, and the development of sustainable sanitation systems.

CLIMATE CHANGE: The climate change impact is enormous. Extreme weather can and does harm sanitation systems  be it toilets, or septic tanks, or sewage plants  and it makes no exceptions. Take floodwater as an example: it can flood waste water pipes and poison drinking water supplies anywhere in the world, be it India or Germany. In addition, 80% of the global wastewater flows back into the environment without being treated or reused.

HEALTH: Of course the situation is more dramatic the poorer the country and the harder the climate change impact. Well over 8 billion people worldwide have no access to clean or safe sanitation.

SUSTAINABLE SANITATION: The development of safe and sustainable sanitation solutions based on composting is therefore a top priority. Valuable energy and fertiliser can be obtained by capturing, treating and reusing human waste, benefitting agriculture and reducing emissions.

HISTORY WITH KILDWICK: THE (R)EVOLUTION OF THE TOILET

Are you wondering what floods and the lack of sanitation got to do with your clean and safe throne room? Arent there sewage plants made to threat the blackwater? Whats the matter anyway?

The history of the toilet holds the answers. 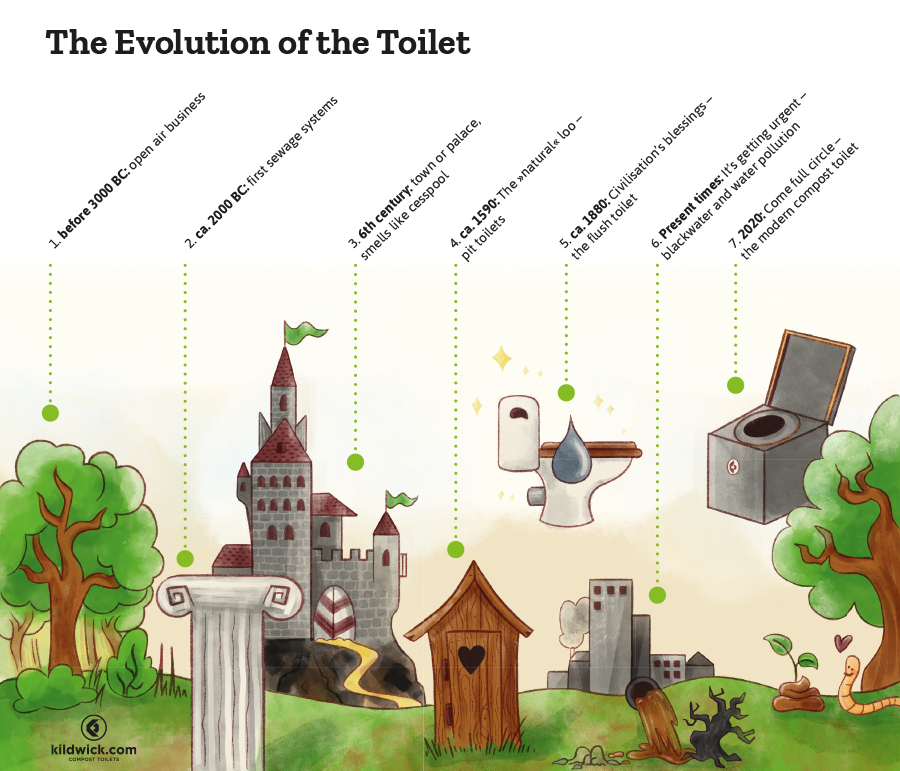 The hunters and gatherers had no use for an installed toilet yet: the need to  scoop the poop arose only with settling becoming a global trend.

Archeologic finds dated back to the Neolithic Age (3,000-2,500 BC) prove that the  out of sight, out of mind method is a deeply human thing  capture and discharge into the wild is the motto.

Greco-Roman antiquity: the washing up goes on, albeit in an aesthetically and architecturally more refined way.

European Middle Ages: with washing considered a waste of time, handling bodily waste in a clever way is not a priority. Castles or townhouses, theres (almost) no exception to the rule of plop it like its hot into moats, cesspools, or rivers.

The predecessor of the modern flushing toilet was built by Sir John Harington. His 1590 creation, despite the Queens endorsement, was unpopular for being too loud and too smelly. The improved version introduced much later under the reign of Queen Victoria however was a hit  due to the invention of sewage systems.

So the flushing toilet reins supreme since about 1880, and even the craziest, most futuristic hightech toilets made today rely on the use of drinking water.

And this is now coming full circle to all the problems highighted above: the scarcity of the drinking water worldwide, the increasing water pollution, climate change  all of those fuel the need to find sustainable and waterless sanitation solutions.

For us its clear anyway: composting toilets for the win. Instead of tinkering around the problematic status quo, we rather focus on building sustainable, comfortable, clean and aesthetically pleasing composting toilets.

Now wed love to hear from you. Water or compost, and why?

Dry Toilets
Oh no! Harry, get the glass ball!